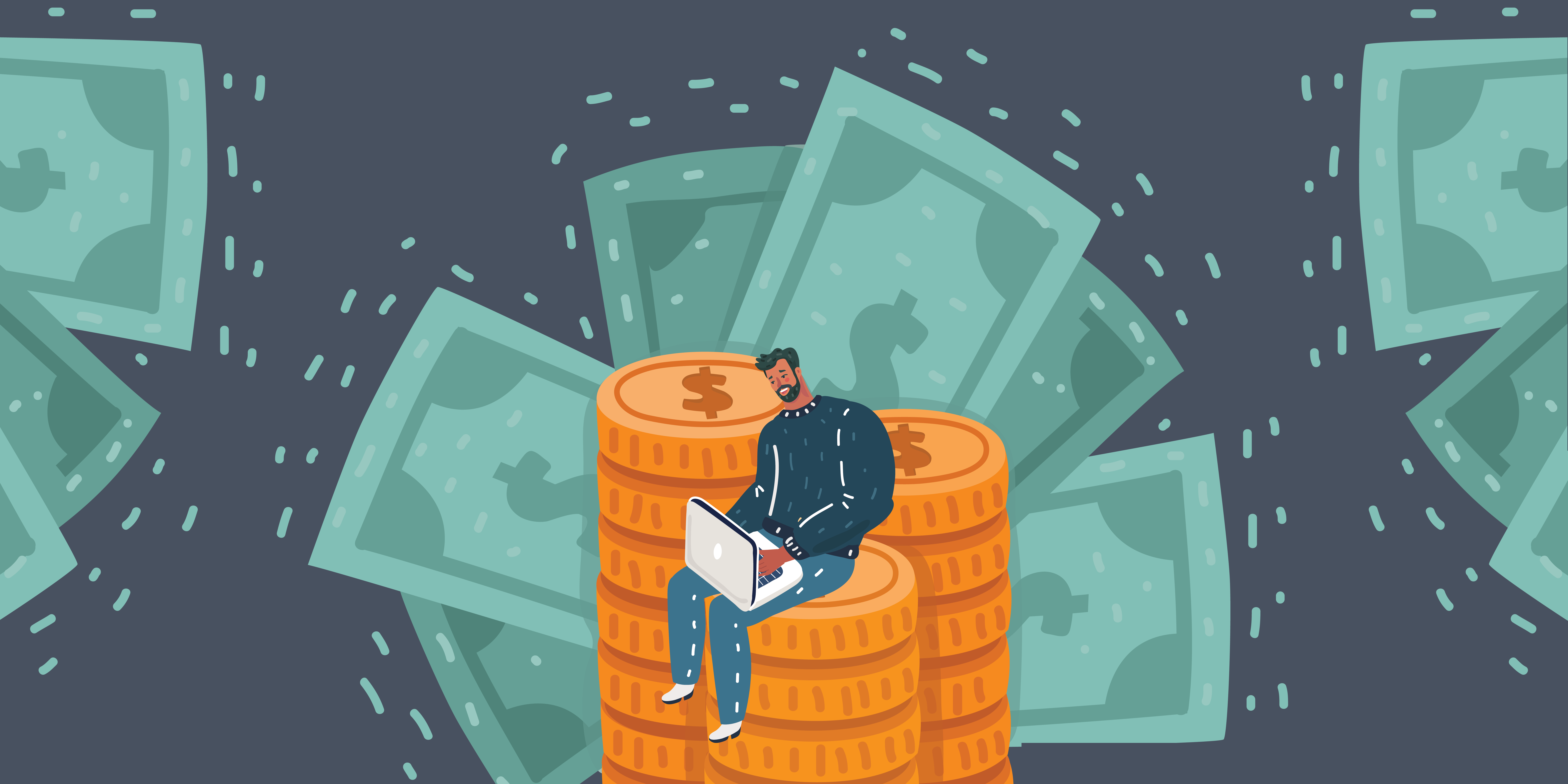 On Wednesday the SEC announced plans, though not specific details, to change how stock brokers are required to execute trades for individual investors.

For some background, traditionally brokers would gather individual trade instructions from customers and send them to a relevant stock exchange for execution. More recently, brokers have instead collected trade instructions from their customers and sold the trade flow to outside trading firms for actual execution, a practice called Payment For Order Flow (PFOF). Since the brokers are getting paid by these outside market makers, they can afford to not charge customers for the trade, and so this industry shift has led to the current zero-commission trade environment.

It now seems clear that the SEC wants to kill this practice. SEC chairman Gary Gensler on Wednesday "asked agency staff to consider requiring brokerages to route individual investors’ orders to buy or sell stocks into auctions", presumably disallowing the practice of PFOF, which would ostensibly end zero-commission trading.

This is fantastic news, but not necessarily for the reasons the SEC is arguing.

Over the last several years PFOF has received much undue criticism, most of it conspiratorial nonsense from the GameStop crowd. In truth, PFOF should generally reduce costs to all parties (including retail traders) by aggregating trades together and offsetting them against each other, using scale to lower the bid/ask spread. Theoretically this should be beneficial to retail traders. Matt Levine has a great summary of PFOF, which I'll partially quote here:

Here’s an intuitive description of how it works. A million people come to a broker to trade GameStop Corp. stock. Half of them want to buy shares, half of them want to sell shares. One share each, all using market orders, all at precisely the same time. The stock exchange has half a million shares of GameStop available for sale at $58.25, and orders to buy half a million shares for $58. The broker could send all of its customers’ orders to the stock exchange, where the buy orders would be filled at $58.25 and the sell orders would be filled at $58; the broker would pay the exchange a small fee for executing these orders.

This is called “internalizing”: Your broker executes your order internally, against its other orders, rather than sending it out to the exchange. In practice a typical retail broker doesn’t have the ability to do this, so it sends its orders to what is usually, in the business, called a “wholesaler” (or sometimes “internalizer”) […] The wholesaler does the thing I just said: It pays the sellers more for their shares than the exchange offers, charges the buyers less for shares than the exchange would, and keeps 5 cents for itself. Well, it keeps, say, 3 cents for itself, and sends 2 cents back to the retail broker who sent it the trade. The broker has subcontracted the internalizing job to the wholesaler, and they share the profits.

PFOF makes a lot of sense! Why would the SEC want to get rid of this? I think there are two reasons; one red-herring reason that doesn't make a ton of sense but has great optics, and another highly compelling reason with dreadful optics.

Ostensibly, the reason the SEC wants to get rid of PFOF and require auction-style settlement for each trade is to protect consumers and increase competition to provide the best possible price for each trade. Under PFOF, brokers are directly incentivized to sell trades to whatever market maker is willing to pay them the most for them, which may or may not align with the best actual execution price on the trade.

This seems to be in conflict with the description above, where PFOF uses scale to actually get a better price for consumers.

To be clear, there is an immense amount of complexity involved in executing trades. Different wholesalers have access to different exchanges and liquidity pools in order to route trades for execution, and are doing so using technologies such that the speed of light is literally a factor in determining settlement. The are so many moving pieces here, with so little transparency as to the actual costs of trades and motivations of sellers, that it's quite difficult to pinpoint or quantify the impact. However, there isn't much evidence showing that individual retail traders have come out ahead due to PFOF, and a growing set of claims that it has in fact been harmful.

From Sheila Bair at the Financial Times:

But it is far from clear whether PFOF actually reduces costs for retail investors, or simply makes their costs less transparent. By allowing market makers to attract order flow with a lawful bribe, not a best price, PFOF gives them every incentive to hide the true price at which they are willing to trade, probably leading to poorer executions for retail traders.

The relationship of PFOF to pricing quality was vividly illustrated in a recent enforcement settlement brought by the SEC against Robinhood. In that case, Robinhood explicitly agreed to accept less price improvement for its customers in return for a higher PFOF. The inferior executions given to those Robinhood customers may well have exceeded any benefit from not paying a commission.

Likewise, Public.com (a brokerage that does not accept PFOF) claims to get significantly better execution pricing over firms that do.

It's not immediately clear whether/if PFOF actually costs retail traders money, but it certainly makes good optics for the SEC to say so.

Regardless of the impact on price execution, PFOF is awful simply on the merits that it incentivizes behavior highly detrimental to retail traders, but very profitable to Wall Street.

Under PFOF, your brokerage very much wants you to increase your trading volume, because they now make their money by selling this volume to market makers. Brokers explicitly want you to trade more so they have more product to sell. They don't care if you're making good investments, they just want volume.

Commission-free trades aren't the only way to drive volume, either. With apps that are in your pocket and always a tap away, brokers are gamifying investing at an alarming pace. Practices include:

Much of this sounds consumer friendly on its face, but is in fact aggressively consumer hostile. A lot of research has been done on day trading, and there is a very clear relationship that the more you trade, the more money you lose [1], [2]. This is true of sophisticated, professional money managers, and is doubly true for uninformed retail investors. Day trading is gambling, and almost every single person doing it on their phone is just donating money to Wall Street.

[Brief aside: I get it, you want to believe that this doesn't apply to you. You enjoy active investing so much that you are at a website called 'current market valuation' because you want to know whether or not it’s a good time to be adding or subtracting to your portfolio. I understand, I do. You are my people. But the more you trade, the worse off you are.]

The second nightmare that PFOF brings is are options. Options have far less liquidity than normal stocks, since every stock has dozens of different contracts with dozens of different expirations. Decreased liquidity means increased bid/ask spreads, which means greatly increased profit to market makers who are able to aggregate and cheaply internalize those trades. Market makers pay brokerages much more for options trades than for equity trades, and so brokerages are highly incentivized to make trading options as cheap and frictionless as possible. Never mind that options are extremely volatile, routinely resulting in 100% losses.

The PFOF brokerage model incentivizes brokers to encourage retail traders to engage in this risky behavior, so its no surprise that retail options trading volume has increased materially over the last few years, resulting in material losses for retail investors.

Commission-free brokers, led by Robinhood, argue that lowering the barriers to investing are unambiguously good. This is a rational and deeply intuitive argument that the SEC doesn't want to be on the wrong side of. It's true that the stock market is an incredible source of wealth creation, and for far too long it has been limited only to the elite. However, it's foolish to assume that the companies whose profit model is maximized when ill-informed retail traders make high volume options trades are the ones who are "democratizing" anything.

The SEC wants to kill Robinhood, and any other predatory brokerage whose values align with these perverse incentives, and killing payment for order flow is a great first step. Good riddance, I hope they are successful.