Junk bonds are generally bonds rated below BBB, and are considered non-investment grade, i.e., you shouldn't invest in them unless you're very comfortable with the prospect of them losing money. For institutional investors who look primarily to safeguard cash rather than use it as a profit center (e.g., corporations, endowments, trusts, pensions, municipalities), the idea of taking on losses isn't acceptable.

The below chart shows the recent history of junk bond rates (red), compared to the 10 Year US Treasury rate (in blue, considered to be risk free as it is backed by the full faith and credit of the US government). 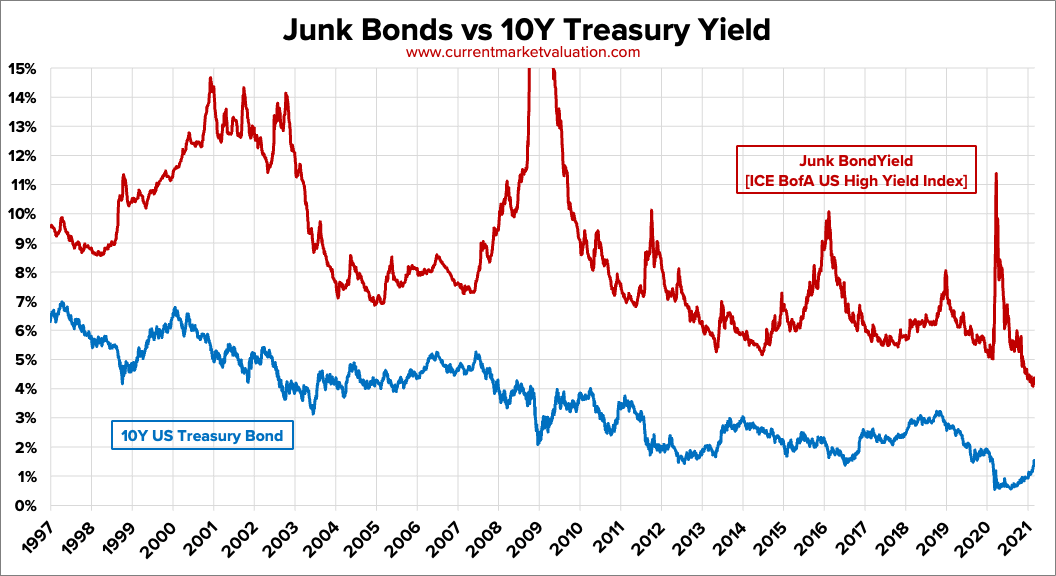 Why are junk bond rates so low?

Below is the same data as above, just graphing the spread between junk and the 10Y treasury.

This shows the historic spread between junk bonds and 10Y Treasury bonds. We're currently at ~2.7%, versus historical average of about 5%. It seems clear that in the next few years, either 10Y Treasuries will flatten further (though there is hardly anywhere left for them to go), or junk bonds rates will necessarily need to rise.